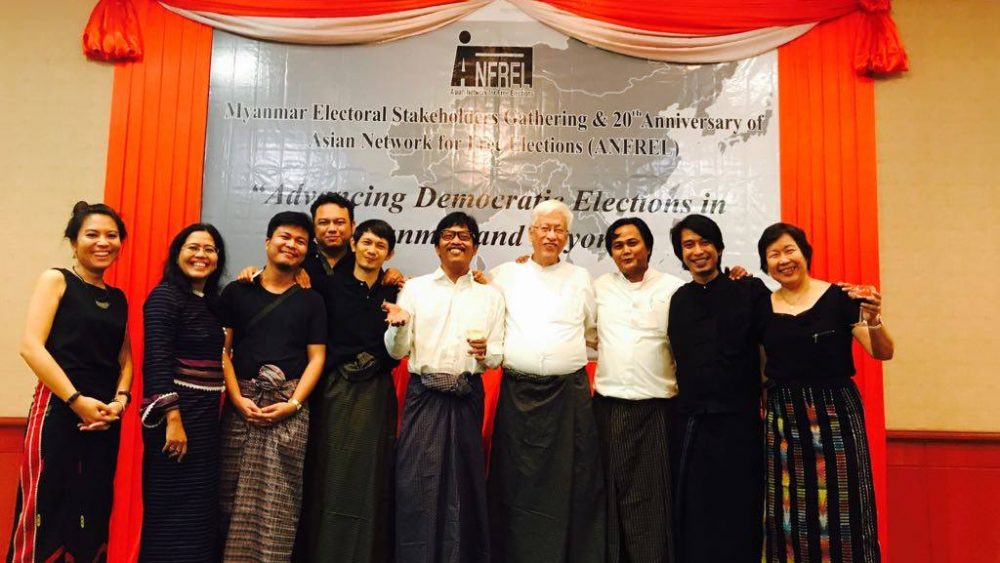 Yangon, April 3– Celebrating 20th Anniversary of Asian Network for Free Elections (ANFREL), we organized Electoral Stakeholder Gathering in conjunction with the IEOM in the Myanmar by-elections 2017 to foster new bonds and strengthen the existing ones.

Joining the celebration are INGOs such as IFES, DRI, The Carter Center, IDEA, UNDP, NDI and EU Elections Experts Mission (EEM) together with National elections monitoring Organizations namely EEOPS, PACE, MYNFREL, COM, Rainmaker, Hornbill as well as #ANFRELalumni and #ANFRELfriends who have been engaged with ANFREL in the past and present to promote development of democratic elections in Myanmar.

We choose Yangon as the venue for our 20th anniversary as we saw the vibrant development of the civil society, democratic elections, and the success of 2017 By-Election in Myanmar.

“The celebration campaign of ANFREL anniversary to enhance solidarity for democratic elections in Asia” will continue till end of the year and we welcome any expression of solidarity from all of you.