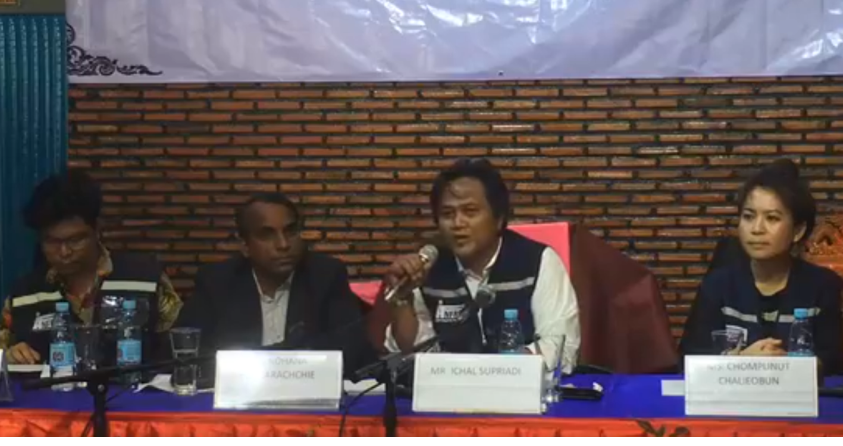 The Asian Network for Free Elections (ANFREL) congratulates the people of the Kingdom of Cambodia for their courage in turning up in great numbers to exercise their right to vote. ANFREL also commends the steps taken by the National Election Committee (NEC) to improve the voting process and by many other stakeholders who dedicated their best efforts to ensure a successful election day.

ANFREL acknowledges the success of election day operations, with voting found to be generally smooth, high voter turnout across the country and relatively few incidents to report, although uneven implementation of the rules prescribed by the NEC occurred. The campaign preceding election day was also more vibrant and peaceful than in the last elections, despite the persistence of traditional unfair patterns, such as the use of state resources for campaigning, intimidation of political opponents, media and CSOs, and vote-buying to mobilize supporters.

Among the most significant improvements observed in this year’s polls compared to past elections were the creation of a new electronic voter list, instrumental in avoiding occurrences of vote-padding and double voting, and the adoption of a revised NEC law in 2015. The election management body established by this law is more balanced and effective, as evidenced by its fairer regulations and guidelines.

ANFREL observed an efficient electoral system attributable to the NEC’s polling rules and their implementation. On election day, the mission observed relatively few deviations from standard polling procedures, with most occurrences caused by inadequate training of polling staff. In this regard, additional efforts should be made to enhance the capacity of the country’s election management bodies ahead of the 2018 general elections.

However, ANFREL is concerned about the decision of the NEC to extend the issuance of verification letters by Commune Election Commissions (CEC) until 2:30 PM on election day. While the intention of enfranchising voters without IDs is laudable, the NEC action changed regulations after the opening of polling stations, created confusion, and came too late for a number of voters who had already been turned away at the polls by election officials. ANFREL observed that in some instances these verification letters were emitted by CECs in large numbers and without the required documents, which calls into question the integrity of the last minute additions to the voter list.

ANFREL also received reports from some stakeholders of off-duty troops voting outside of their communes of residency, sometimes in large numbers, and military-dominated polling stations. Despite these reports needing further verification, these occurrences should be avoided in next year’s elections, so as to not undermine the people’s trust in the voting process.

Furthermore, ANFREL expresses its concern with the generally deteriorating legal environment, harassment of journalists and attacks on the freedom of expression and freedom of assembly, all of which serve to undermine faith in the electoral process. Pre-election statements made by some authorities which influenced people’s freedom to exercise their political rights. International observers call on the government to ensure a fear-free electoral environment during elections which respects international human rights values and principles.

These include, but are not limited to, comments from: Defense Minister Tea Banh, warning that opposition protesters would have their teeth smashed ; Deputy Commander-in-Chief of the armed forces Chea Dara declaring that the military will support Prime Minister Hun Sen “forever ”; and the Prime Minister himself stating that he was willing to “eliminate 100 or 200 people ” to stay in power.

Along with threats made directly to some of the country’s NGOs and media , and a legal framework restricting the activities of NGOs and political parties, such statements indicate that Cambodia has not quite reached the level playing field that is most conducive to multiparty democracy. Nonetheless, political rallies were remarkably peaceful throughout the campaign with only isolated events of violence being reported.

ANFREL lauds the efforts of the Cambodian civil society organizations (CSOs) to engage and unite election stakeholders, and for deploying 74,671 domestic observers, as well as the 85.7% voter turnout. This culture of vigilance and active political participation should be greatly encouraged and cultivated through the adoption of laws which do not limit dissent and free speech. The delegation entreats the Cambodian Government to consider dropping the stringent laws which limit CSO freedoms and rights. Furthermore, ANFREL supports other international election observation mission which utilizes a comprehensive methodology and non-partisan code and rubber-stamped judgement on the conduct of the poll.

ANFREL expects electoral reform on the area of ensuring a level playing field, strengthening the NEC as an institution, codes ensuring the neutrality of all state authorities, a comprehensive campaign finance and audit regulation, a freer media, and general enfranchisement of citizens within and outside the country.

From May 29 to June 5, this ANFREL Mission headed by Mr. Rohana Hettiarachchie deployed 15 election observers including two (2) election analysts throughout Cambodia to monitor the campaign and election day. The mission covered 13 provinces during the campaign monitoring period, and 151 polling stations during election day in 18 provinces. The mission conducted desk reviews, in-depth interviews, and polling station observation. ANFREL will release its election observation mission interim report after the announcement of the official results of the election to further elaborate on the the points mentioned.

For further information, you may reach Anfrel through Mr. Karel Jiaan Antonio at karel@anfrel.org. A Khmer interview can be arranged upon appointment.