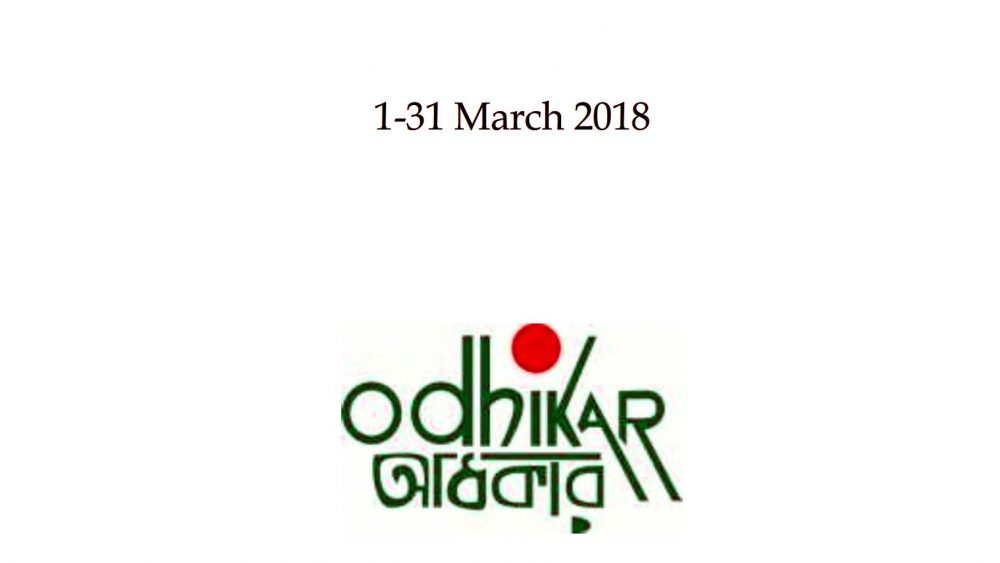 The month of March is very significant in the history of Bangladesh. In 1971 the people of this country became resilient against the exploitation and suppression of the West Pakistan regime and developed a struggle for independence in order to destroy the undemocratic rule of West Pakistan. On 25 March 1971, the Pakistani Army attacked the unarmed Bangladeshi civilians and commenced genocide. From 26 March, the people of Bangladesh  (then  East  Pakistan)  jumped  into  the  liberation  struggle  and  on  16

5 January 2014 and the subsequent local government elections, deprived the people of

Bangladesh  from  their  right  to  vote.  The  opposition  political  parties  and  ordinary people are also deprived from the rights to freedom of expression and freedom of assembly and association. The government has enacted repressive laws and imposing them  against  dissenters  and  people  who  have  alternative  beliefs.  Many  people, including leaders and activists of the opposition parties, are becoming victims of enforced disappearance, extrajudicial killing and torture. The government has created a fearful  environment  in  the  country  by  destroying  civil  and  political  rights  of  the citizens. As in previous months, allegations of enforced disappearance, extrajudicial killing and custodial torture of leaders-activists of the opposition parties during remand and death in jail due to lack of treatment, were also reported in March 2018. Odhikar believes that people are losing their confidence and faith in the judicial system due to a dysfunctional criminal justice system, impunity of law enforcement agencies and corruption. Incidents of killings by mob violence continued in March 2018.